A Juror’s Perspective on Zoom Trials

While using a kitten filter is still not generally acceptable for a legal proceeding, the Zoom platform does offer substantial advantages which cannot be replicated in a courtroom. This begs the question: are pants-optional legal presentations from the comfort of one’s office the best way forward. My vote is, resoundingly, yes.

Wilson Smith Cochran Dickerson is proud to announce that attorney Miguel Duran has recently been appointed by Governor Jay Inslee as a Snohomish County Superior Court judge. Duran will fill a newly created judicial seat in the county.

In a lawsuit where Dylan Jackson and Jeff Sbaih defended a large nationally recognized refrigeration company, a Pierce County judge dismissed the plaintiff’s product defect claims and awarded our client all its attorney’s fees and costs incurred in defending the case under Washington’s frivolous lawsuit statute.

USDC, Eastern District of Washington, Enforces the Pollution Exclusion in Favor of Insurer

More traumatic brain injury (TBI) cases are being tried based on new controversial brain imaging studies. The plaintiffs’ theory is that the new imaging allows the jury to see the brain injury through ominous appearing color-coded brain maps and diagrams/charts. But a large majority of the medical community has concluded these new studies are not valid or reliable for many reasons. Some of the new brain imaging tests are DTI, qEEG, SPECT scans, and ASL. The issue is whether these tests are valid, reliable, and helpful to the jury.

Is Remote Voir Dire the Way of the Future?

Along with my law partner Jeff Sbaih, we successfully completed the defense of two civil jury trials for large commercial transportation carriers in King County in the last half year - both of which had jury selection through Zoom. With King County still doing the same —even though Governor Inslee largely softened the indoor mask mandate on June 29, 2021, for most public places—, the question remains whether remote voir dire will be the way of the future.

The Washington State Court of Appeals (Division 2) recently issued an opinion that favored the defendant driver, who caused an accident after he had a sudden loss of consciousness due to a heart attack while driving a bus. The sudden medical emergency defense is alive and well in Washington.

Due to the COVID-19 pandemic and Governor Inslee’s  Stay-at-Home order, our physical offices are closed at this time but our attorneys and staff are working just as diligently remotely to ensure seamless representation for our clients. If you need to reach any of our attorneys, there may  be a delay in response if you leave a  message at an office-based number. However, our attorneys are regularly checking their voicemails and emails and will promptly respond to your inquiries and messages.  We hope you are all safe and healthy, and while we look forward to a return to normalcy, we are here for you at all times.

Under Washington law, when a plaintiff sues multiple defendants in tort, the fault of each defendant is determined and each defendant is normally liable only for its proportionate share of the plaintiff’s damages. RCW 4.22.070(1). Several liability is thus the default, with joint and several liability being the exception. Recently, in Afoa v. Port of Seattle, No. 94525-0 (July 19, 2018), the Washington Supreme Court narrowly held (in a 5-4 decision) that the exception to several liability found in RCW 4.22.070(1)(a) applies so that a defendant vicariously liable for another defendant’s fault can be found jointly and severally liable. But because the jury in Afoa had not entered a specific factual finding of vicarious liability, the Court refused to apply the exception to the rule.

Last week, in Keodalah v. Allstate Insurance Company, No. 75731 8-I, 2018 WL 1465526 (Wash. Ct. App. Mar. 26, 2018), Division One of the Court of Appeals of the State of Washington held a policyholder can bring a “bad faith” lawsuit against an individual adjuster employed by an insurance company even though the adjuster’s actions were all undertaken in the course and scope of her employment.

In a recent decision in IDS Property Casualty Insurance Co. v. Pickens, 2015 U.S. Dist. LEXIS 142638 (W.D. Wash. Oct. 20, 2015), the United States District Court for the Federal District of Washington held a UIM insured was not entitled to two per-accident UIM limits when he was struck by a vehicle that had previously collided with another vehicle. The court held that, even though the accident in which the insured was injured may have had more than one proximate cause, it was still only one accident for purposes of determining how many per-accident limits applied.

In a decision issued on January 14, 2016, the Washington Supreme Court confirmed that, in most situations, whether UIM coverage applies to injuries caused by a gun fired from an uninsured or underinsured motor vehicle is a question to be decided by a jury. 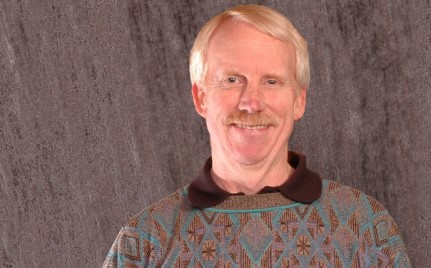 It is with great sorrow that we acknowledge the recent passing of one of our founding members, Bob Dickerson. Bob fought cancer for fifteen years and finally lost that battle. But he didn’t die with regrets. And that is because he lived his values, contributing to others and to the planet in every way.

We are pleased to announce that our new Managing Partner, Whitney Smith, will be presenting at the upcoming Annual Conference of The Claims and Litigation Management Alliance (CLM). Whitney’s presentation is entitled: “PRODUCT LIABILITY - The Future is Now: 3D Printing.” The conference takes place in Palm Desert, California, March 25-27, 2015.

A Lawyer and a Gentleman

We at Wilson Smith Cochran Dickerson are pleased to share that one of our founding members, Bob Dickerson, was recently honored in an official report from the U.S. Congressional Record, where Congressman Adam Smith took the floor to honor Bob for his 25 years of leadership of an organization called RESULTS, which has the humble aim of ending world poverty.

Wilson Smith Cochran Dickerson is pleased to have helped amplify the voices of missing and exploited children in the Washington courts. Alongside the national law firm of Kaye Scholer, our partner, Kathy Cochran, had the honor of assisting in the filing of an amicus brief on behalf of the National Center for Missing and Exploited Children (NCMEC) in a case pending before the Supreme Court of Washington. An amicus brief—or “friend of the court” brief—provides an opportunity for a person or organization that is not a party to a case to show it has a sufficient interest in the case to be allowed to file a brief in support of a party’s position.

Johnson v. Safeco—Fraud Voids an Insured’s Extra-Contractual, CPA, and IFCA Claims Even If the Insurer Committed its Alleged Wrongs Before the Insured’s Wrongful Conduct

In Johnson v. Safeco Insurance Company of America, 176 Wn. App. 1022 (2013), the Washington Court of Appeals upheld the trial court’s Summary Judgment dismissal of the insured homeowner’s claim for property coverage, bad faith, and alleged violations of the Consumer Protection Act (CPA) and Insurance Fair Conduct Act (IFCA) because the insured fraudulently misrepresented facts during the claim process and untruthfully inflated the value of his claim. Although decided in December 2013, the Appellate Court recently granted a Motion to Publish the holding.

Washington Supreme Court holds liability insurers defending under a “reservation of rights” cannot unilaterally condition the defense on recouping their defense costs in the event a court ultimately finds no coverage.

In National Surety Corp. v. Immunex Corp., the Washington Supreme Court held, in a 5-4 majority opinion, that a liability insurer cannot unilaterally condition the defense it affords its insured under a “reservation of rights” on the insurer’s recoupment of defense costs in the event there is a finding of no coverage. Absent policy provisions to the contrary, the insurer can only avoid or limit its exposure to defense costs in situations involving late tender by the insured that result in “actual and substantial prejudice” to the insurer. As such, once a liability insurer accepts its insured’s tender of defense under a reservation of rights, the insurer’s duty to fund the defense continues until a court says there is no coverage and the insurer may not seek reimbursement of defense costs incurred prior to the court’s coverage ruling.

In Cedell v. Farmers Insurance Company, decided on February 21, 2013, the Washington Supreme Court has held: “In first party insurance claims by insureds claiming bad faith, other than UIM claims, there is a presumption of no attorney client privilege” to protect attorney communications and work product in the insurer’s claim file. The insurer may overcome the presumption only upon a showing that the attorney was providing strictly legal counsel to the insurer, and not assisting the insurer in performing its quasi-fiduciary functions in the investigation and adjustment of the claim.

Kathy A. Cochran, founding member of the firm, was recently honored as Alumna of the Month by the University of Washington School of Law.

“She is one of the most creative lawyers in practice today, a talented visual artist who draws upon these skills in putting together her cases. There is nobody around who is more versatile in presenting information than Kathy,” he said.

You can learn more about this award, and read an interview with Kathy at http://www.law.washington.edu/Alumni/alumni_of_the_month/

Washington Product Liability Act: Washington Supreme Court permits recovery for emotional distress in the absence of physical harm caused by purchaser's use of the product

On January 31, 2013, the Supreme Court decided Bylsma v. Burger King Corp., --- P.3d ---, 2013 WL 3635919 (Wash.). Deputy Sheriff Ed Bylsma ordered lunch at a Burger King drive-in window. He “had an uneasy feeling” as he pulled away, so he carefully inspected his order and found that he had been “served a burger with phlegm inside the bun.” Bylsma’s lips never touched the offending Whopper, but he was not amused – and not about to go gently into that cold, dark night.

Bird v. Best Plumbing is the latest opinion from our State Supreme Court on consent judgments. The Court has clearly pronounced that an insurer is not entitled to a jury trial on the amount of damages and that the consent amount, once found reasonable by a court, is the amount of damages: